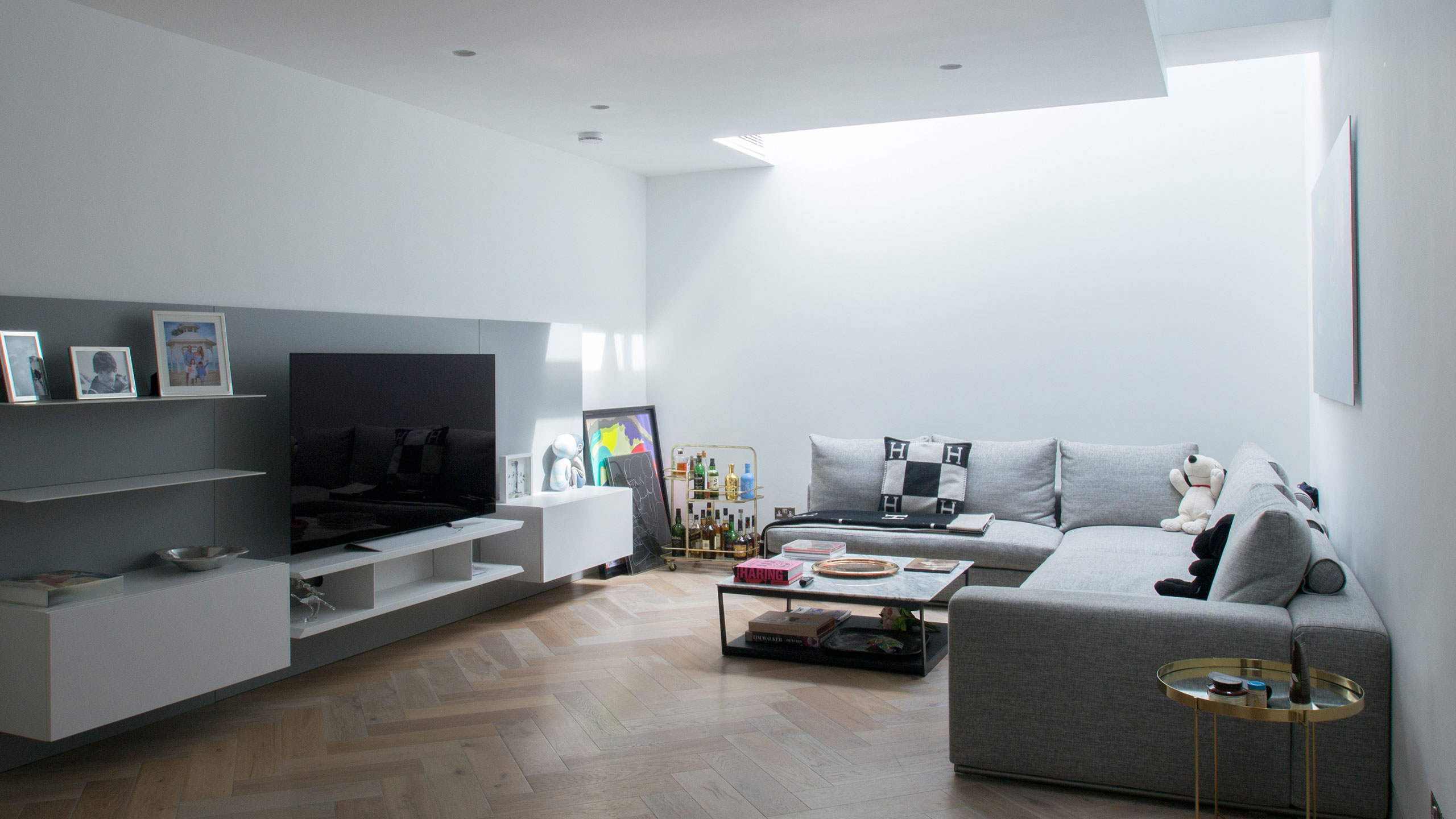 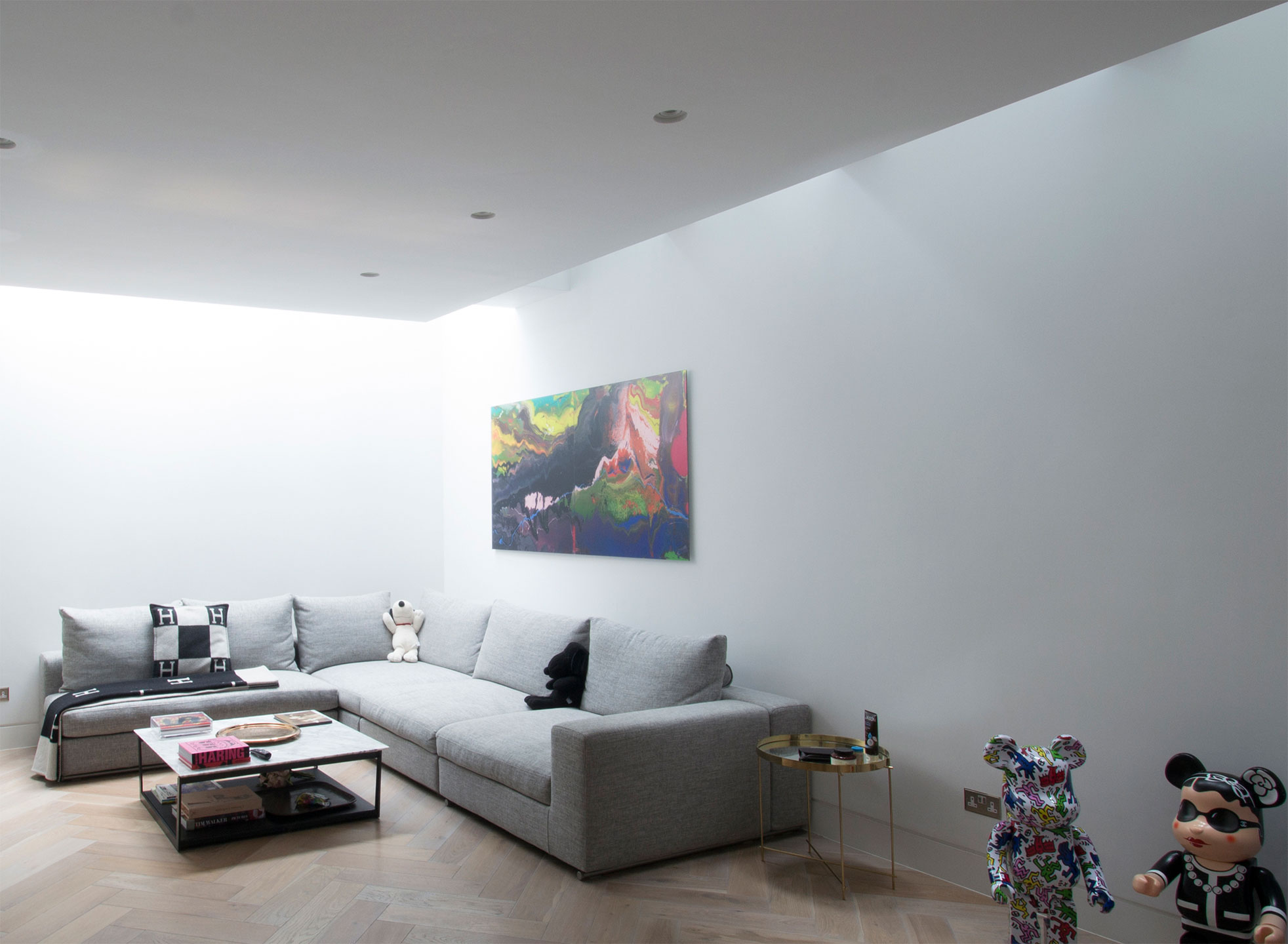 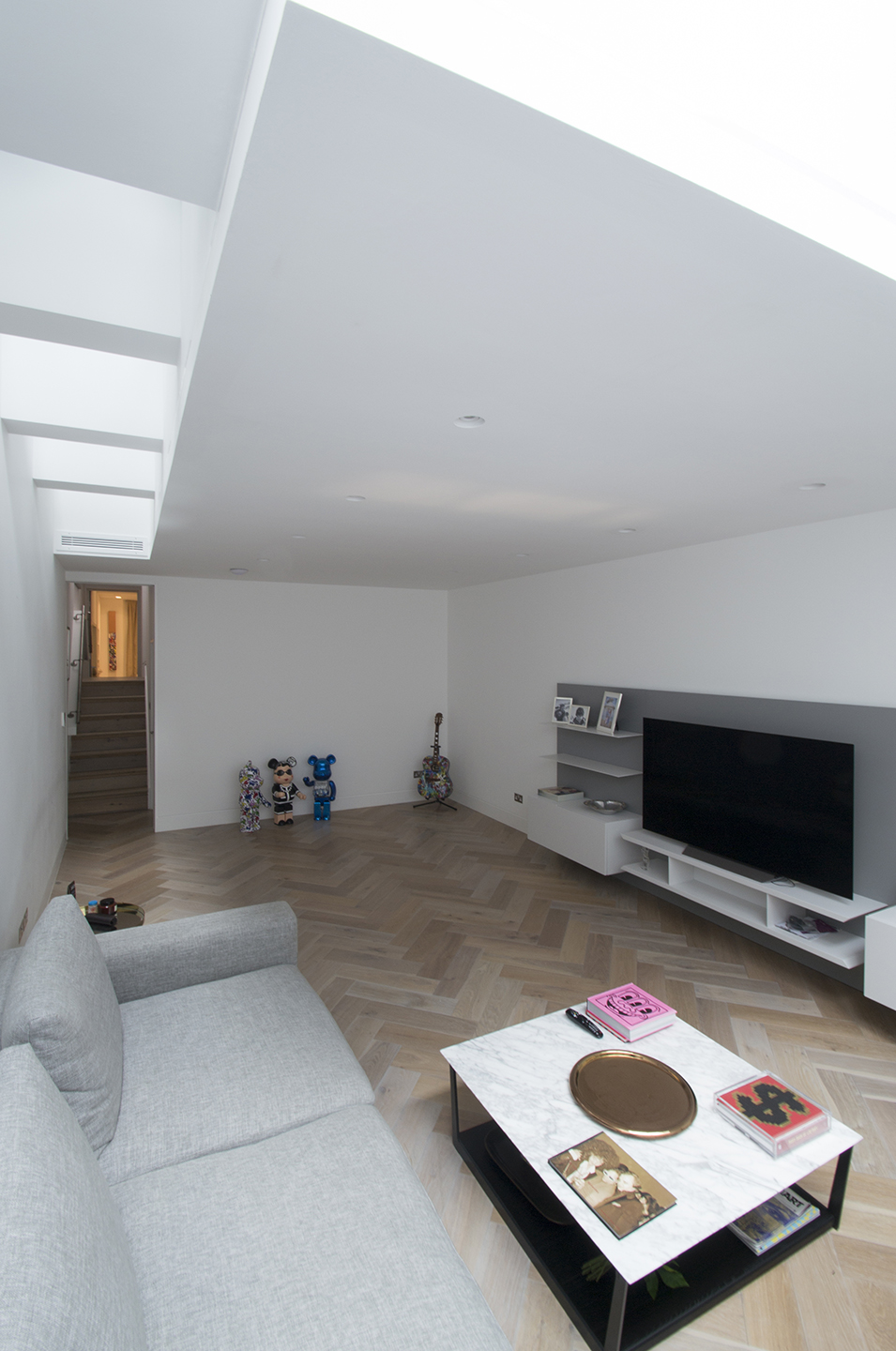 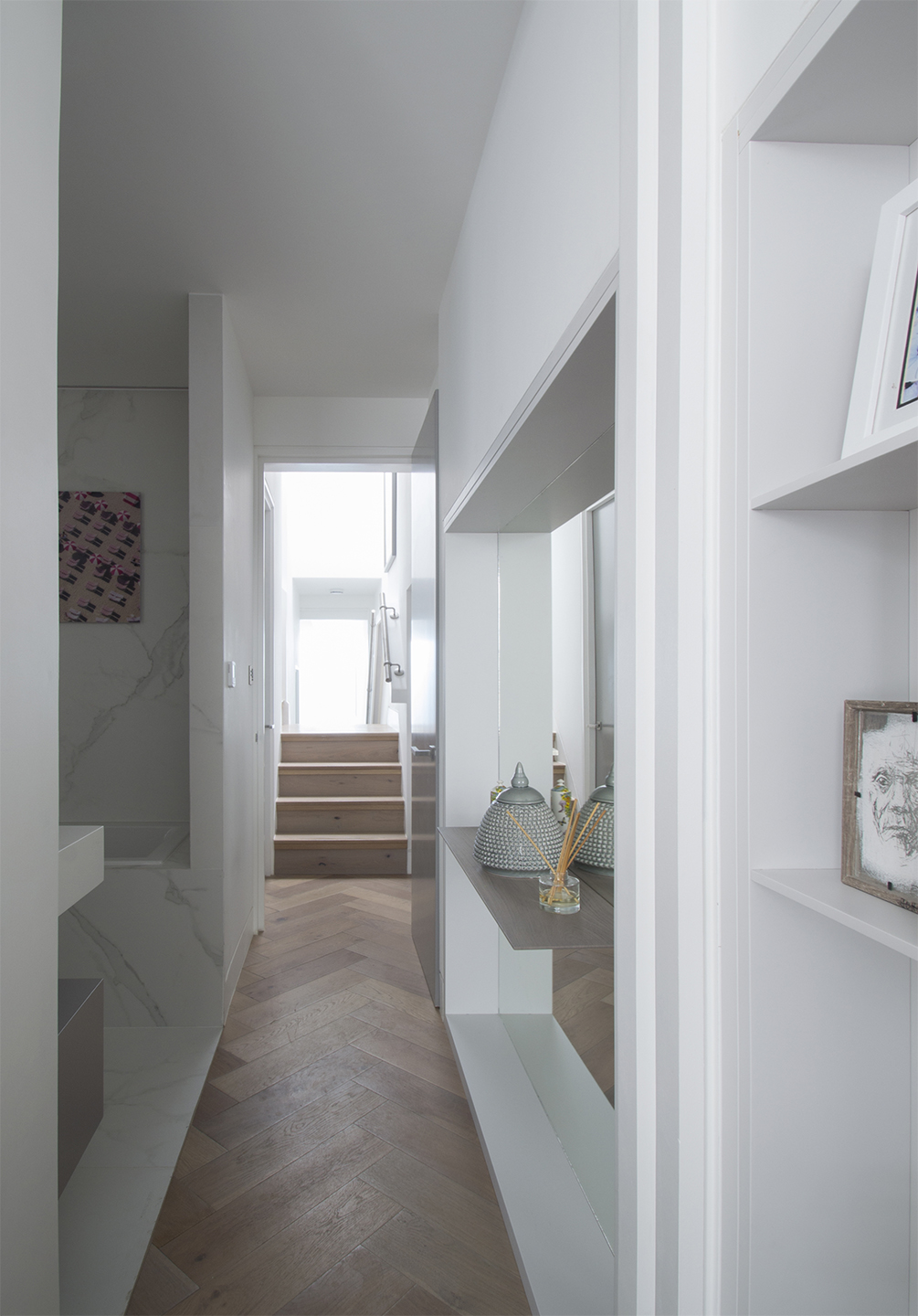 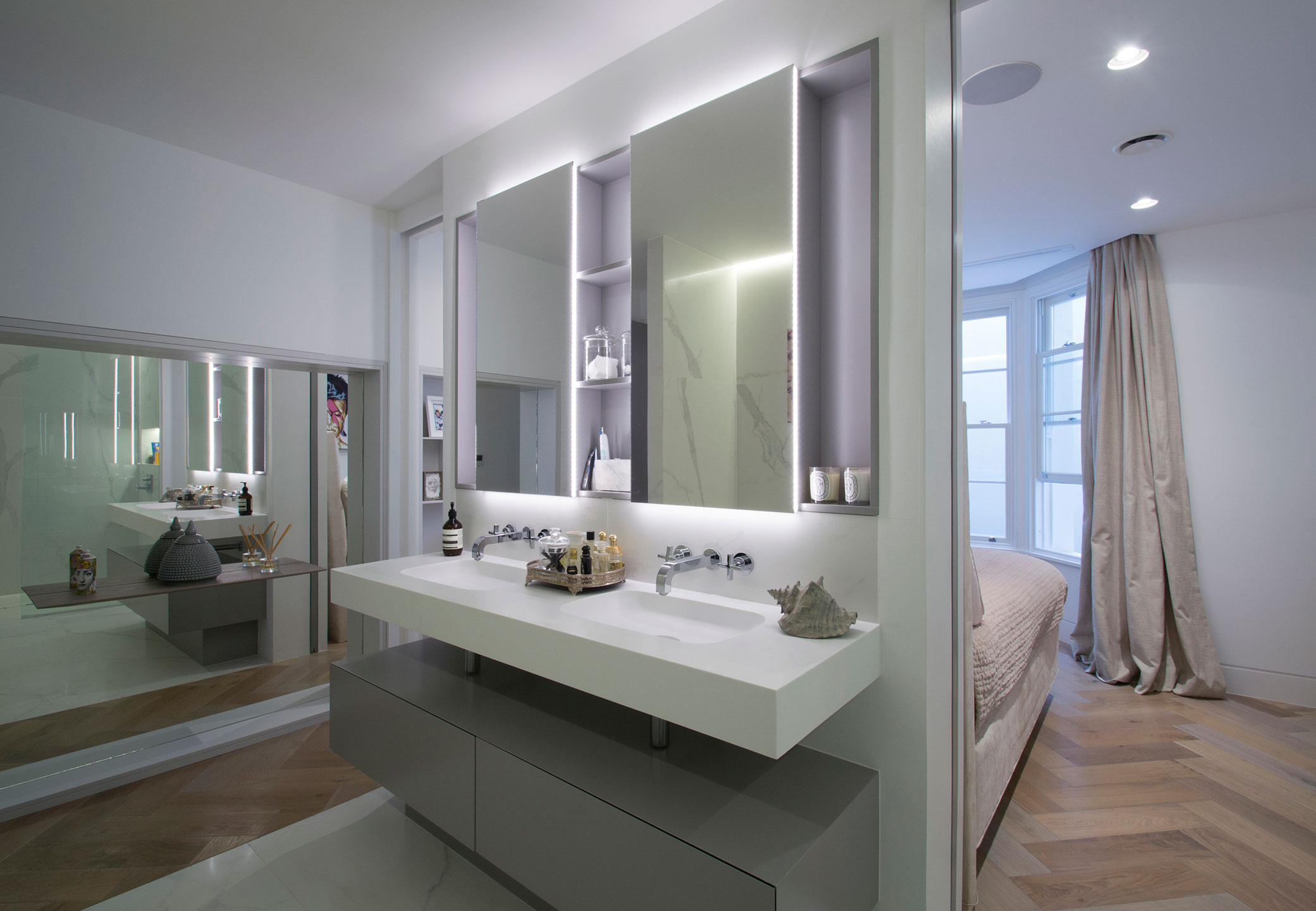 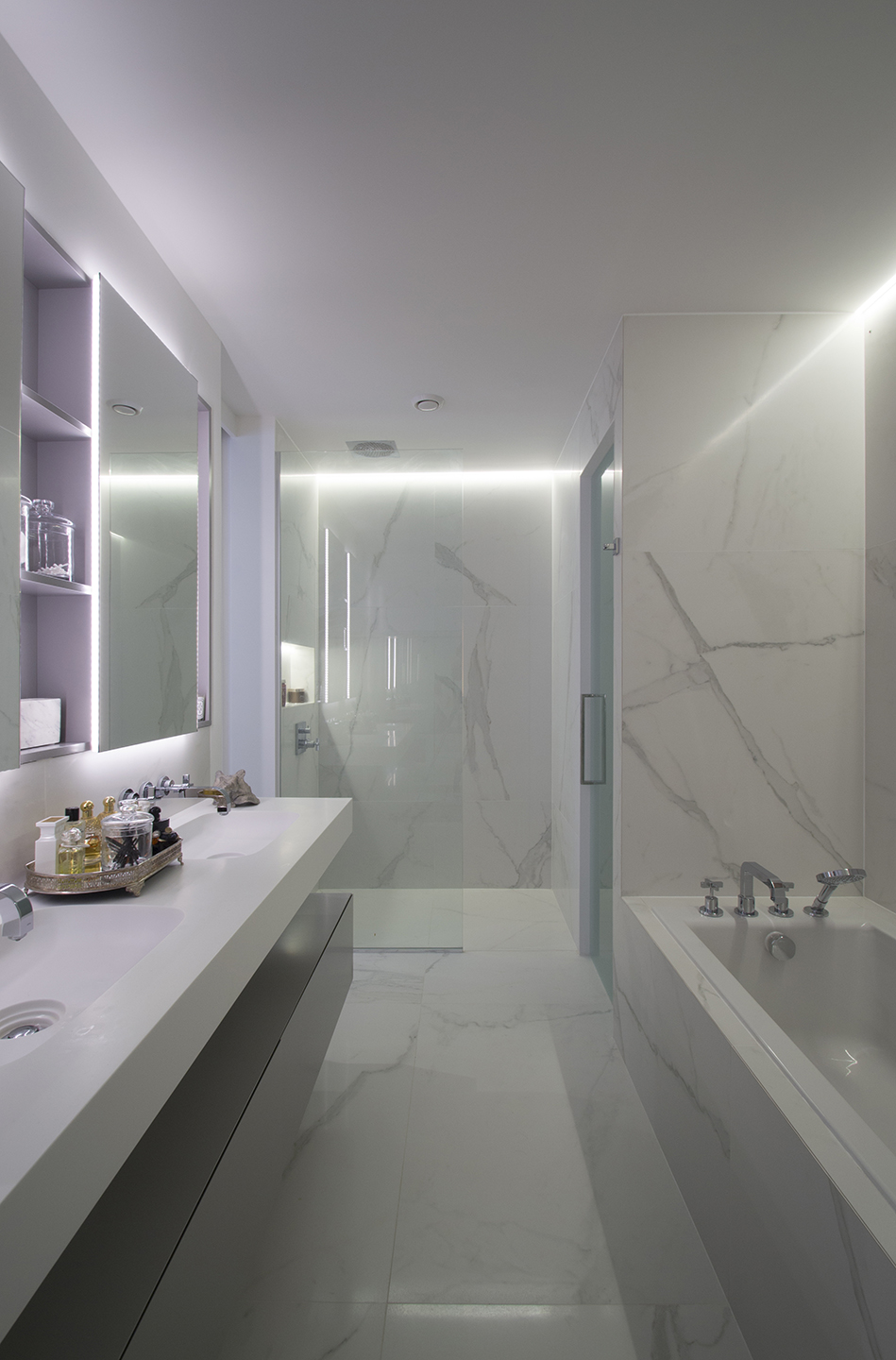 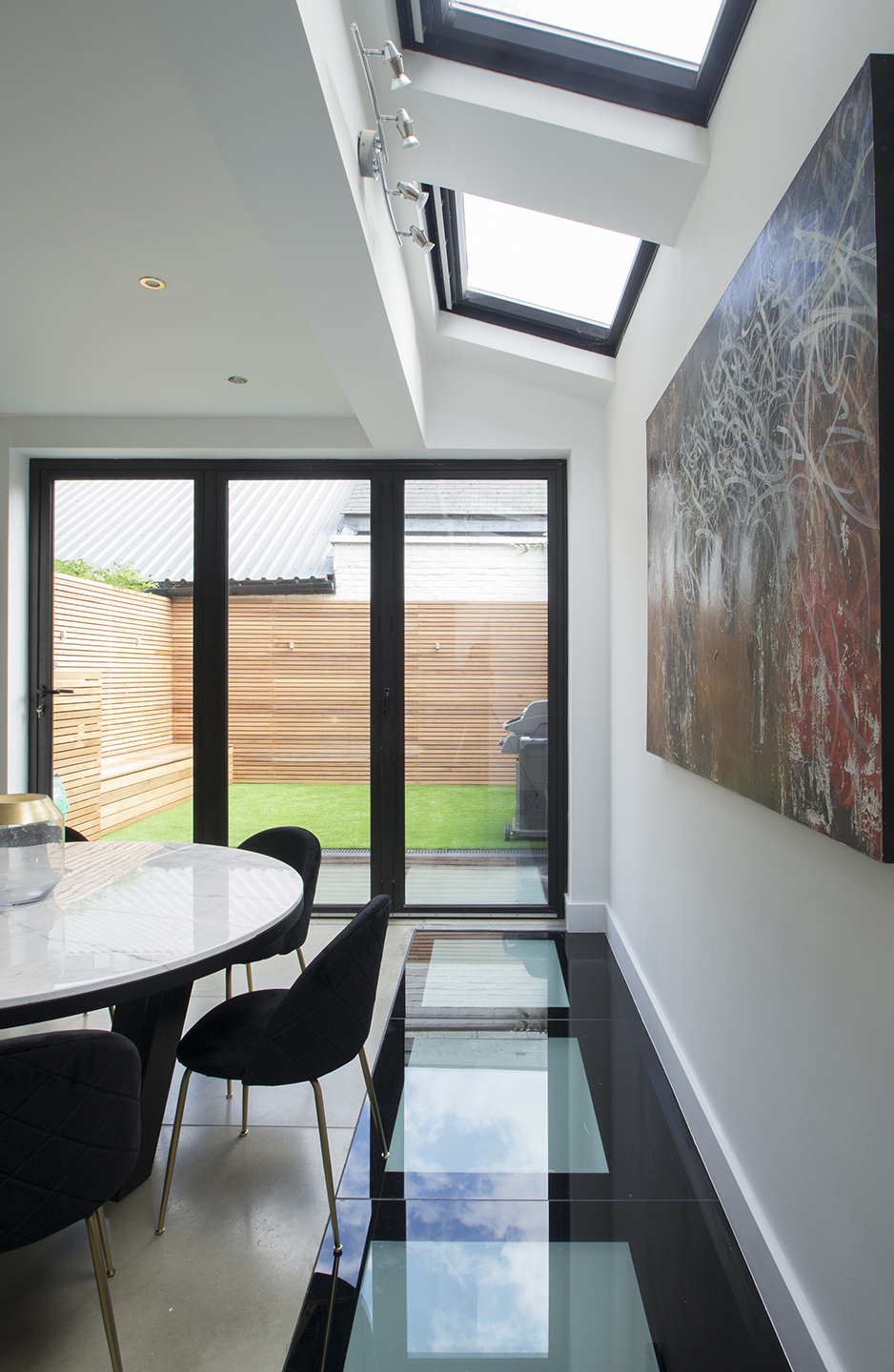 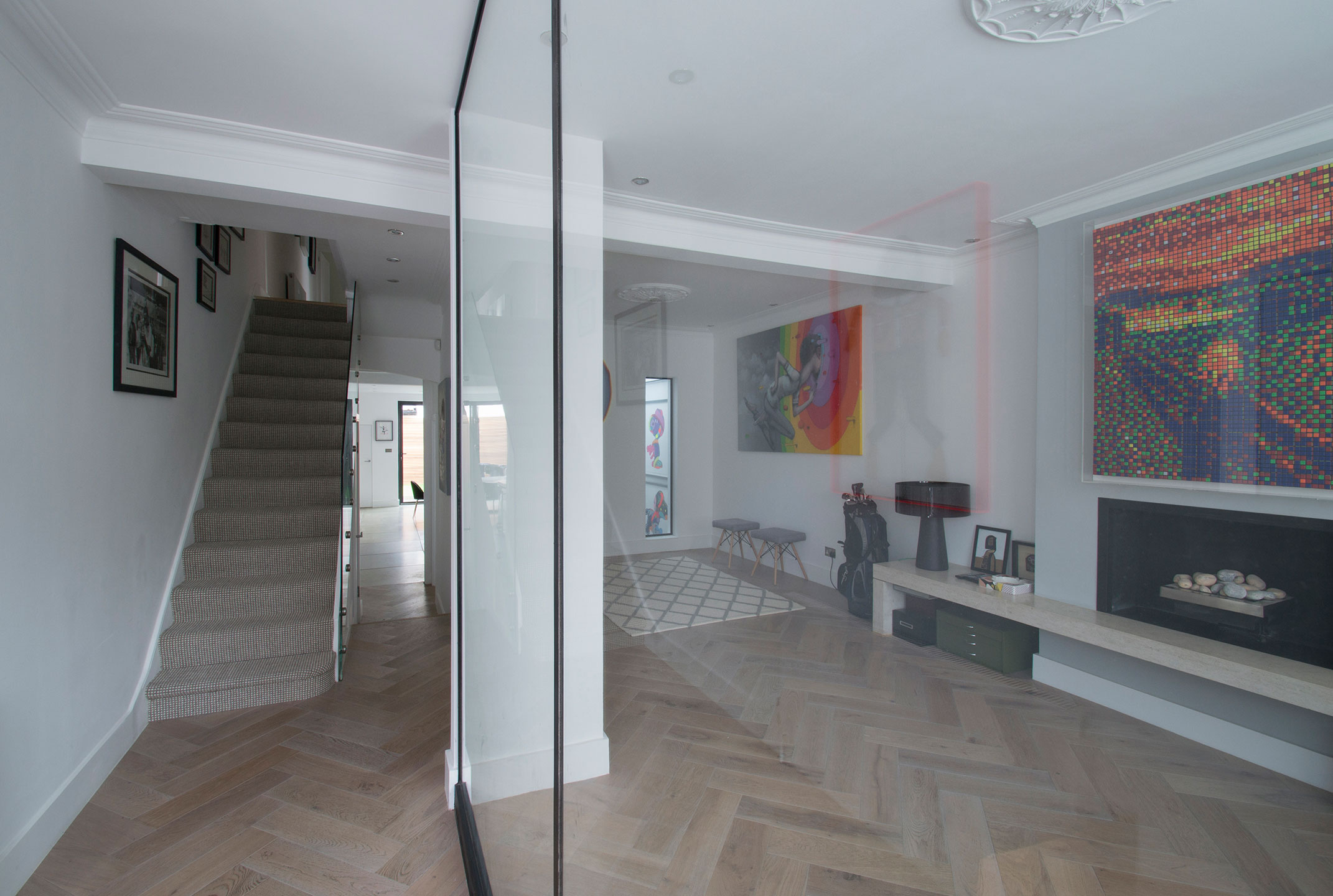 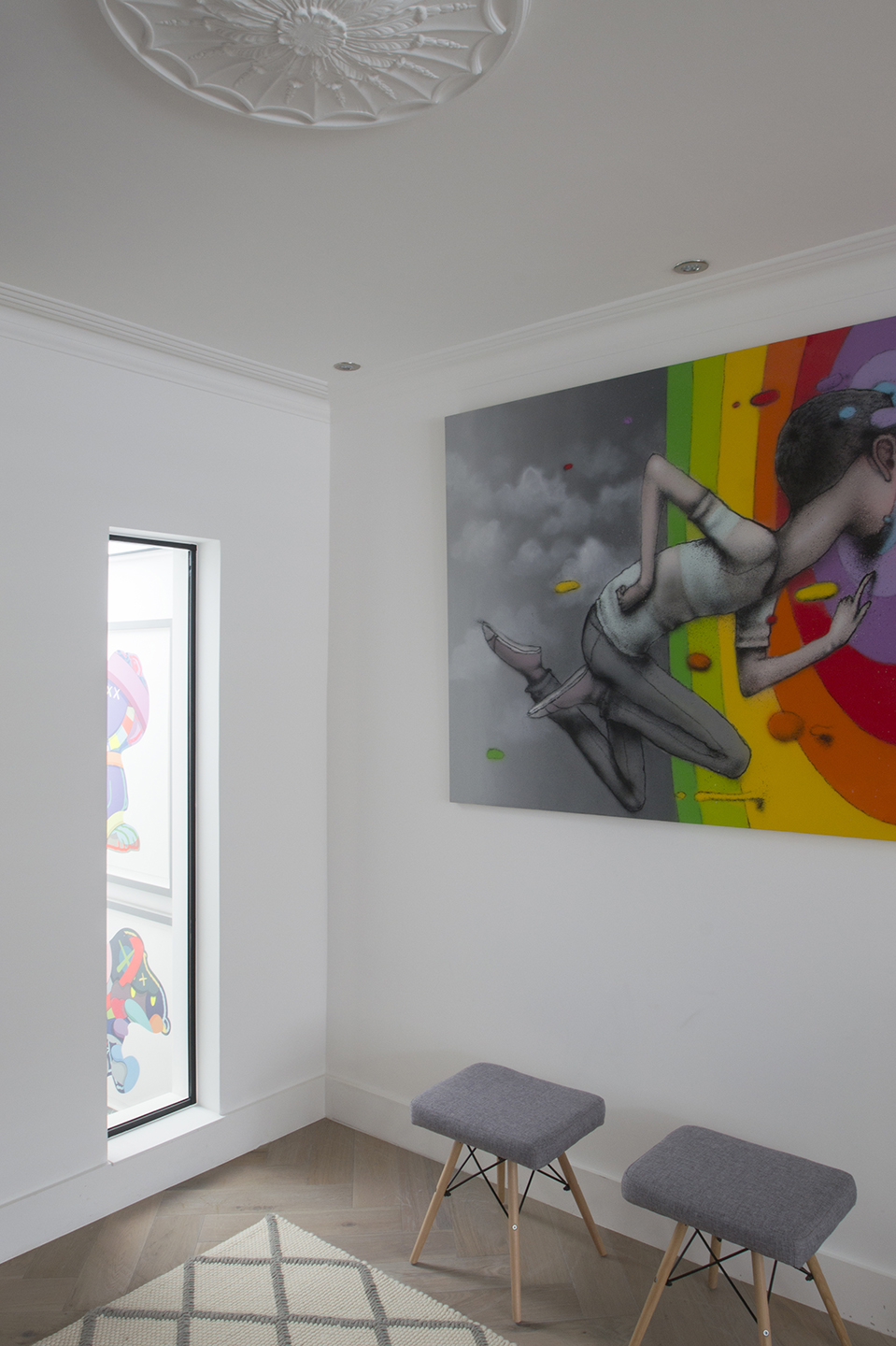 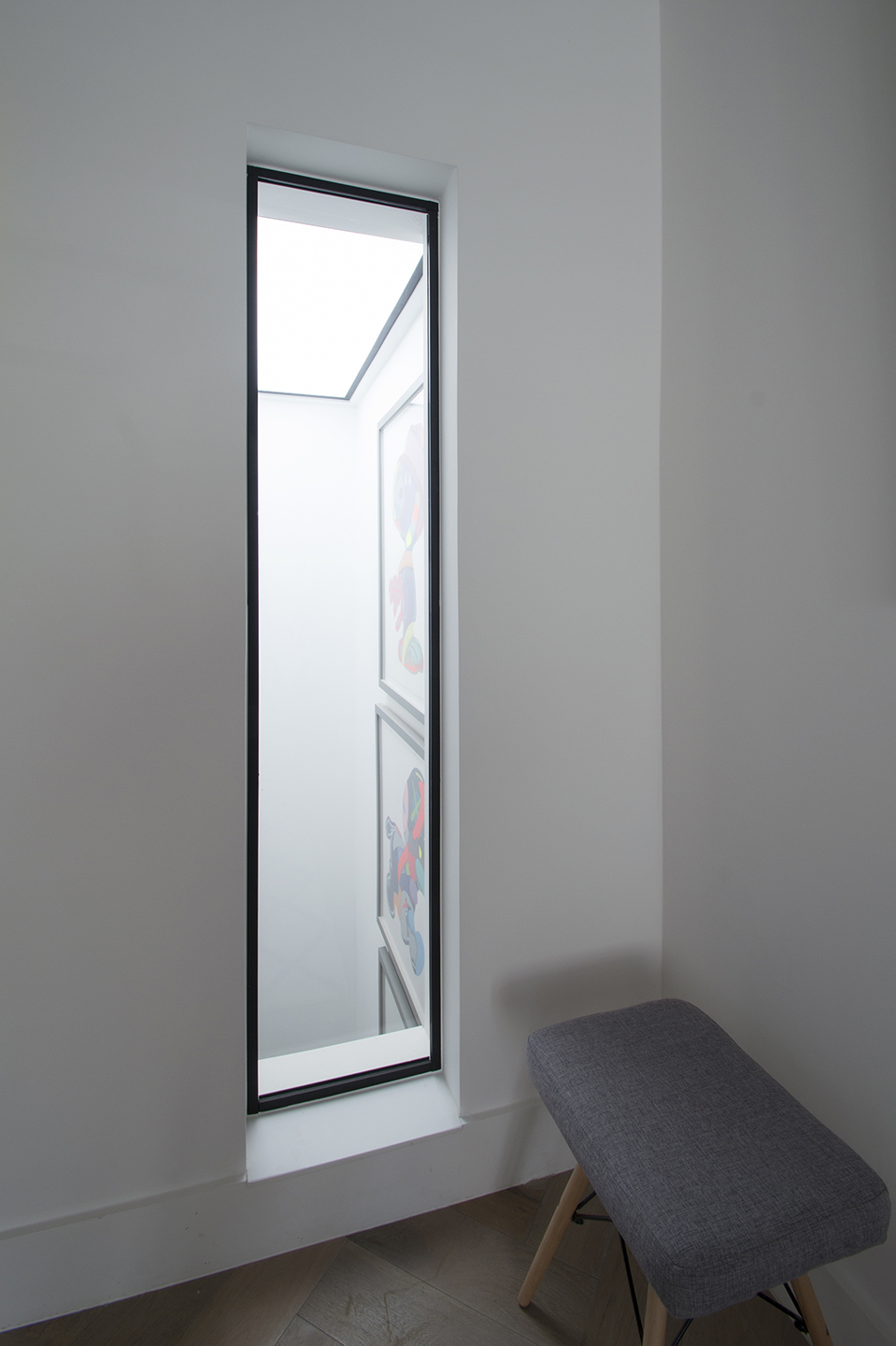 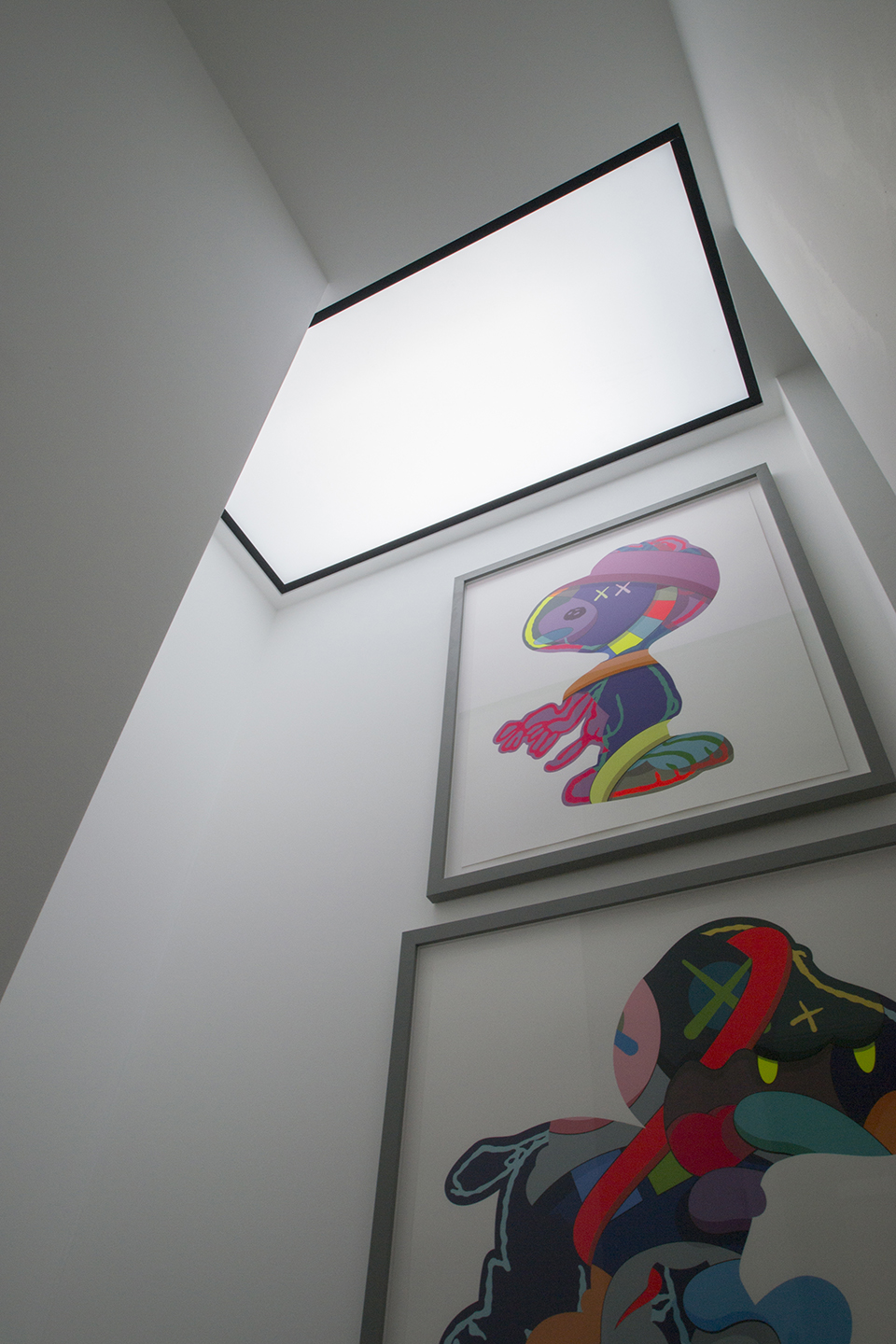 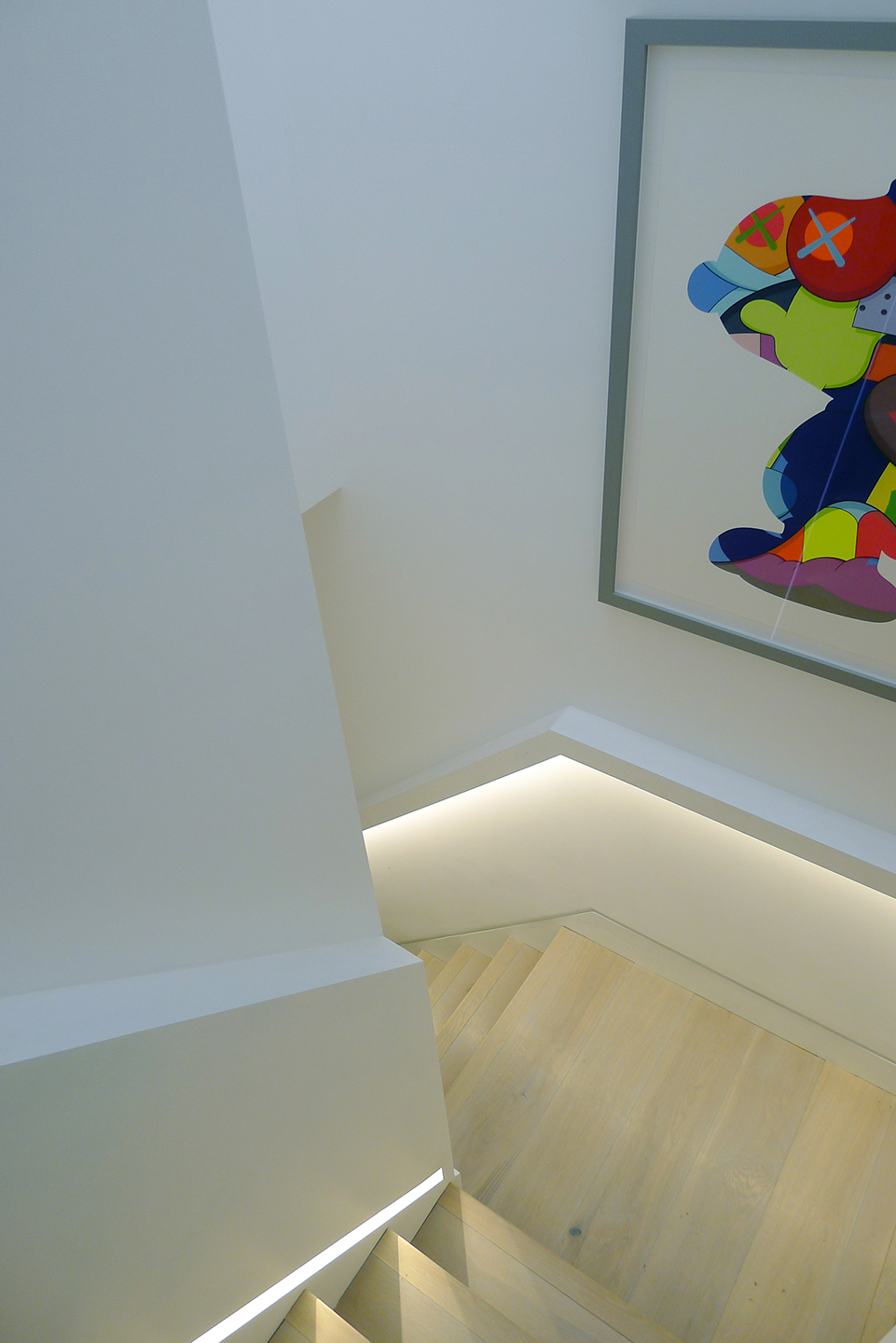 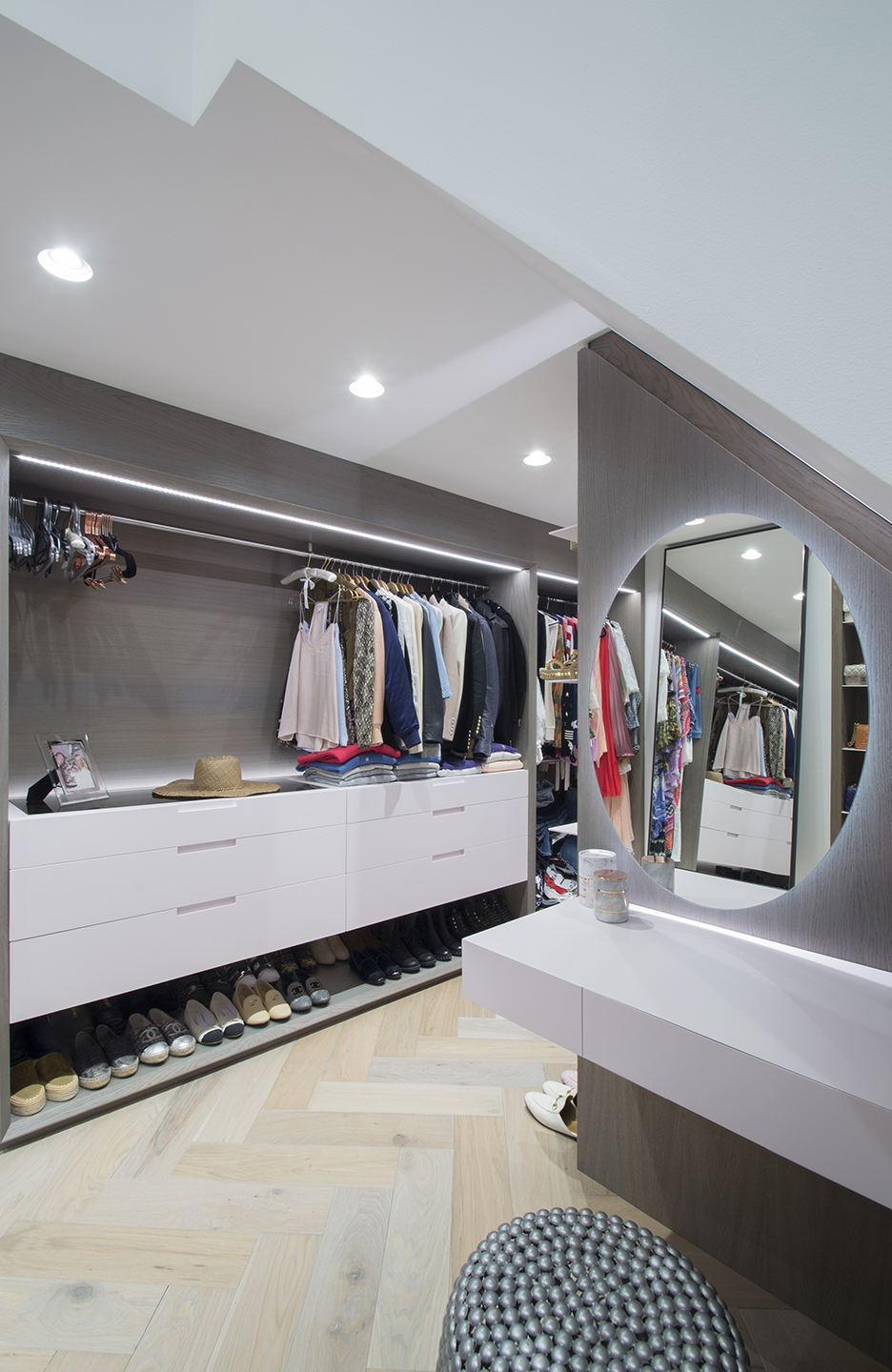 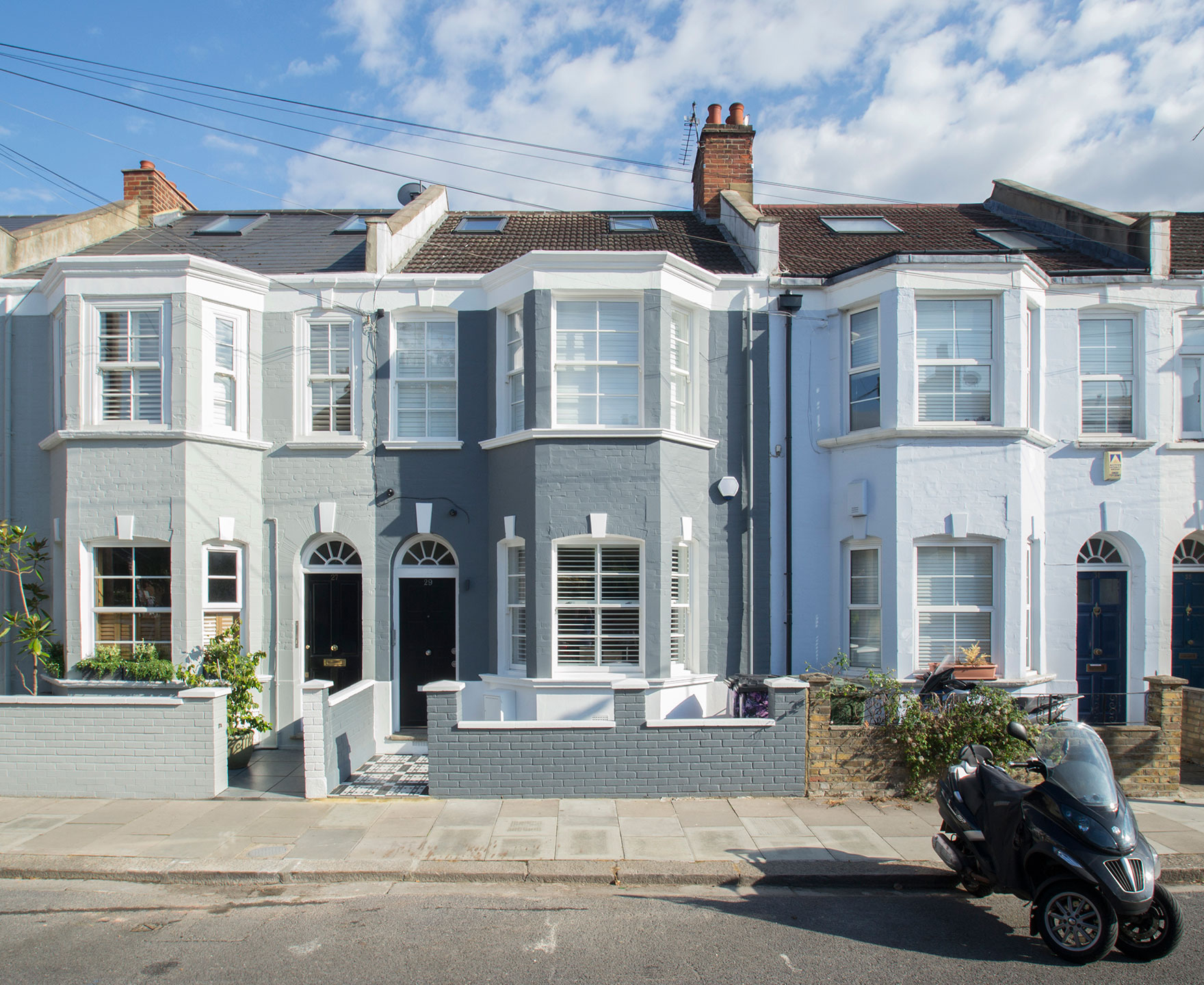 Extensions to the top and bottom of a Victorian terrace in the Sedlescombe Road Conservation Area near West Brompton to create a loft study and a basement master suite and entertainment space.

Developed in two phases, the first project was a second floor extension over the existing outrigger to create a study for the homeowner’s burgeoning online fashion business.  The second more substantial scheme involved ground floor refurbishment and the construction of a full size 110m² basement which was excavated, built and fitted out via the front garden without disturbing the existing ground floor.  The brief for the basement works was a master en-suite bedroom with large separate dressing room and 35m² of entertainment space.  We were asked to create the master suite akin to a boutique hotel room with air conditioning and integrated AV system throughout.

Our design initially focussed on circulation and provided an alternative to the norm of continuing the existing stairwell to basement, which results in long corridors and/or extensive fire protection measures.  Instead we created a stair perpendicular to the existing ground floor corridor, that splits at a landing just above basement level, turning in one direction to the master bedroom suite, and to the other toward the entertainment space.  This landing affords the master suite an element of privacy without having to keep doors closed.  By locating the stair in this position, we were also able to effectively create a basement on two levels which mirrored the ground floor and kept excavation costs to a minimum.  The layout of the master suite focussed on a central wall which acts as the headboard to the bed on one side and the vanity wall to double basins on the other.  There is open circulation around this wall, between bedroom and bathroom, but full height pocket doors can be slid shut for privacy.  The toilet is located within it’s own sandblasted glass cubicle.  The entertainment room has been designed as a large open space able to be used and adapted in a number of ways.  Key to the success of this space is natural light, which was achieved by a combination of an external walk-on skylight to the rear garden, and internal walk-on skylight to the dining room above, which itself sits under a row of single storey roof windows.  The result is an L-shape of natural light which cuts the ceiling from its walls, giving the impression that the ceiling is floating and perception of addition height to this space. 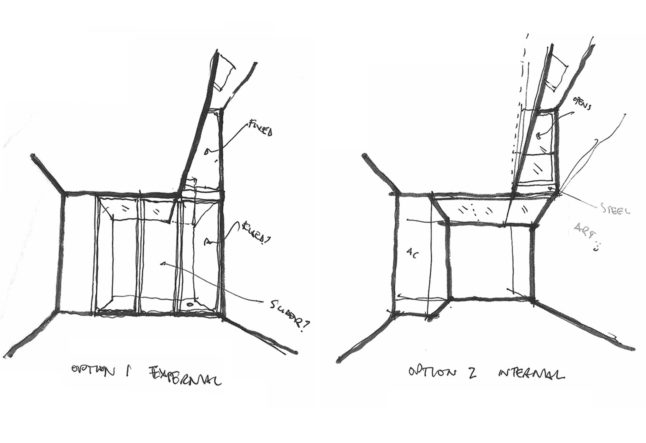 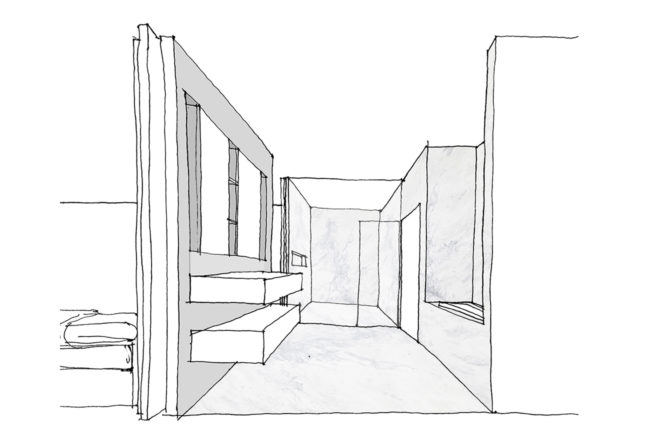 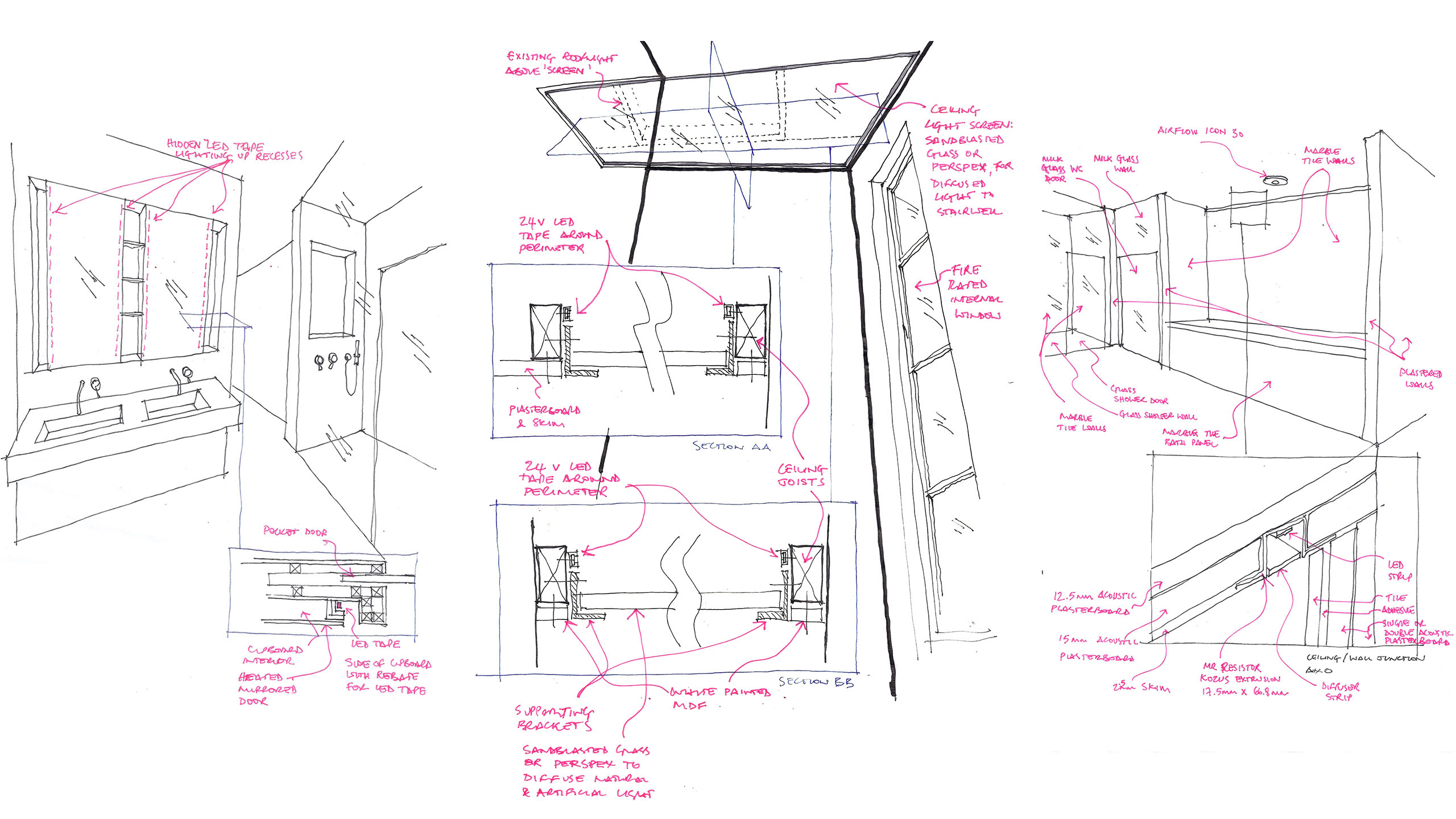