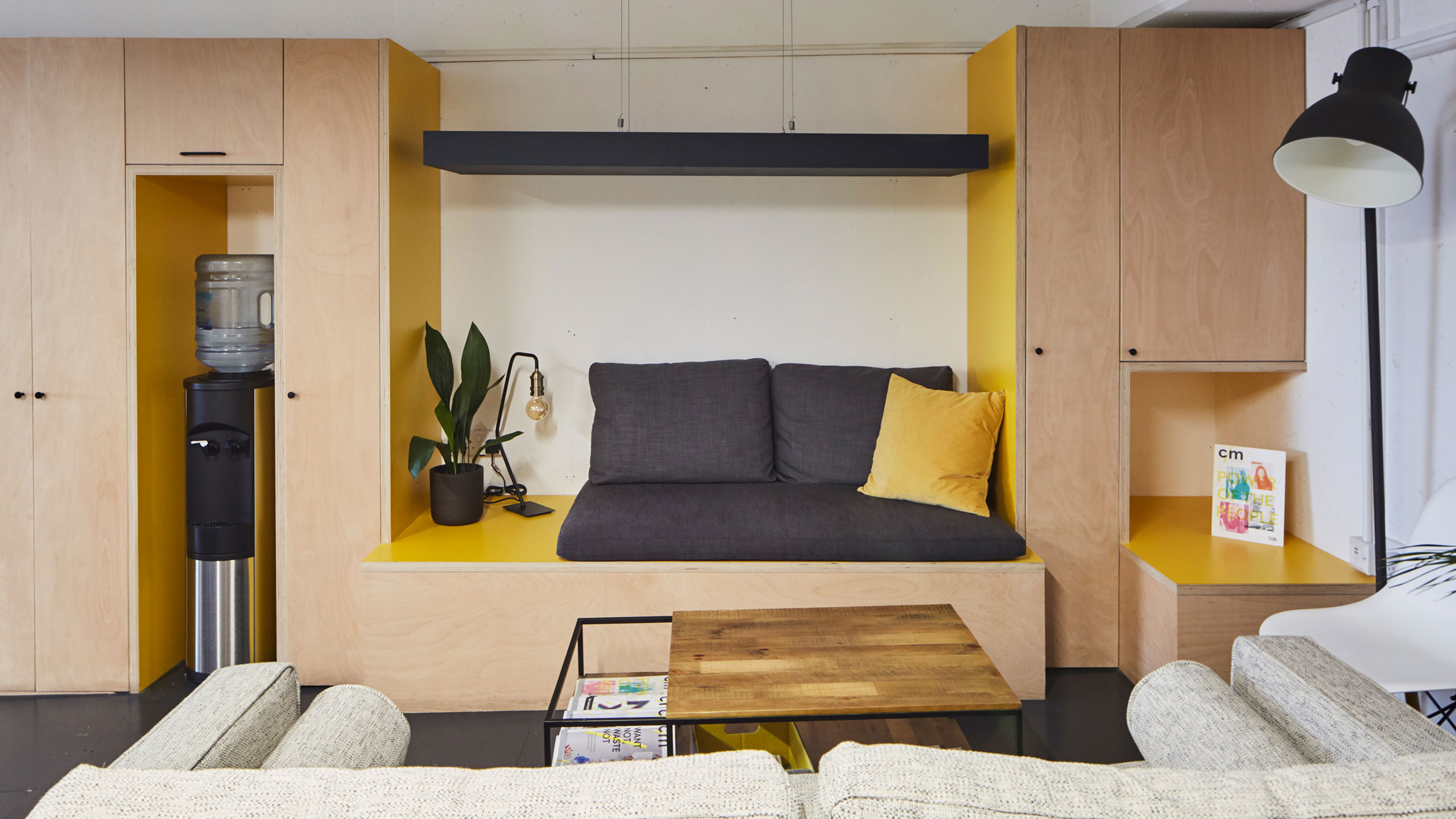 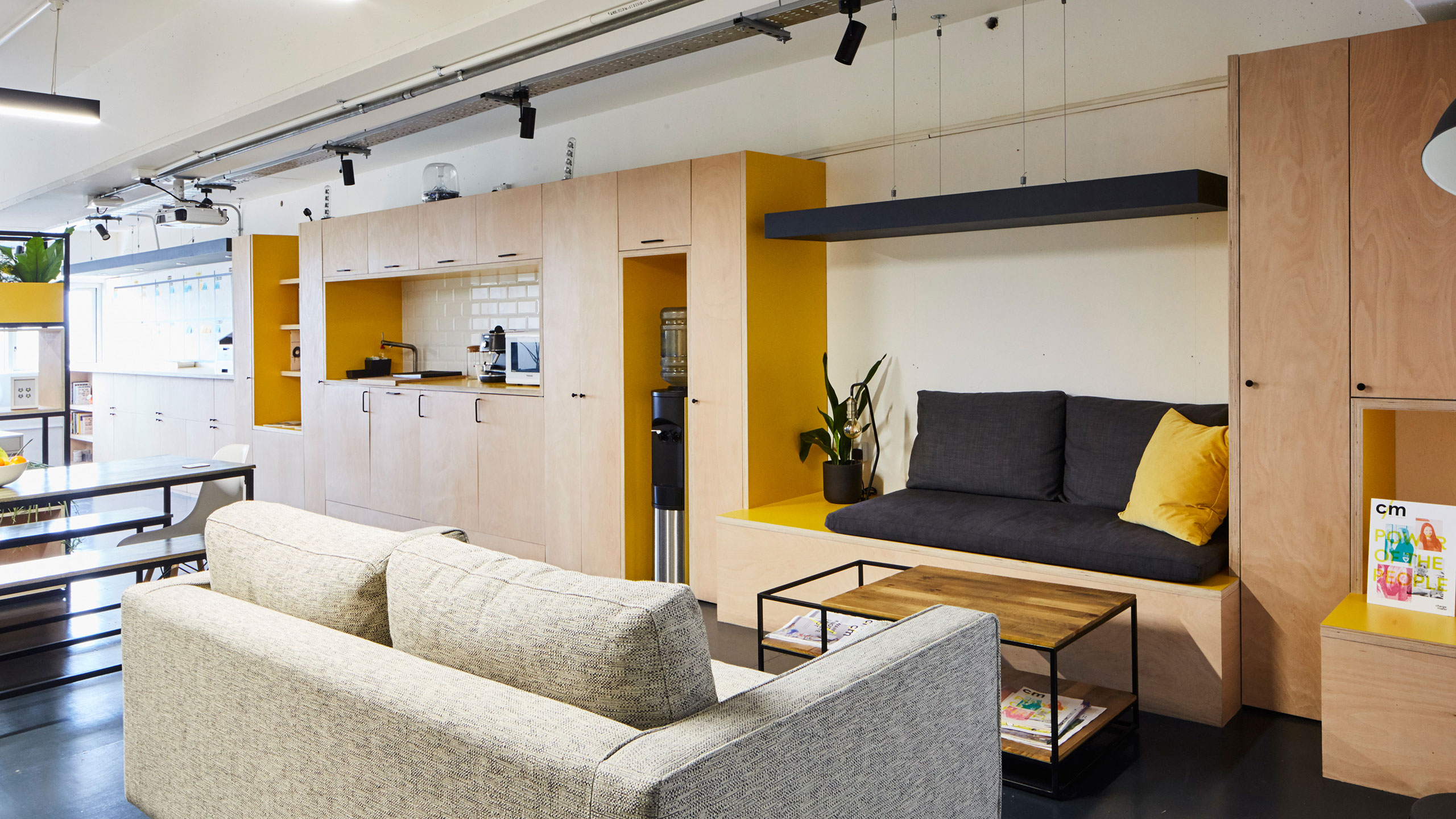 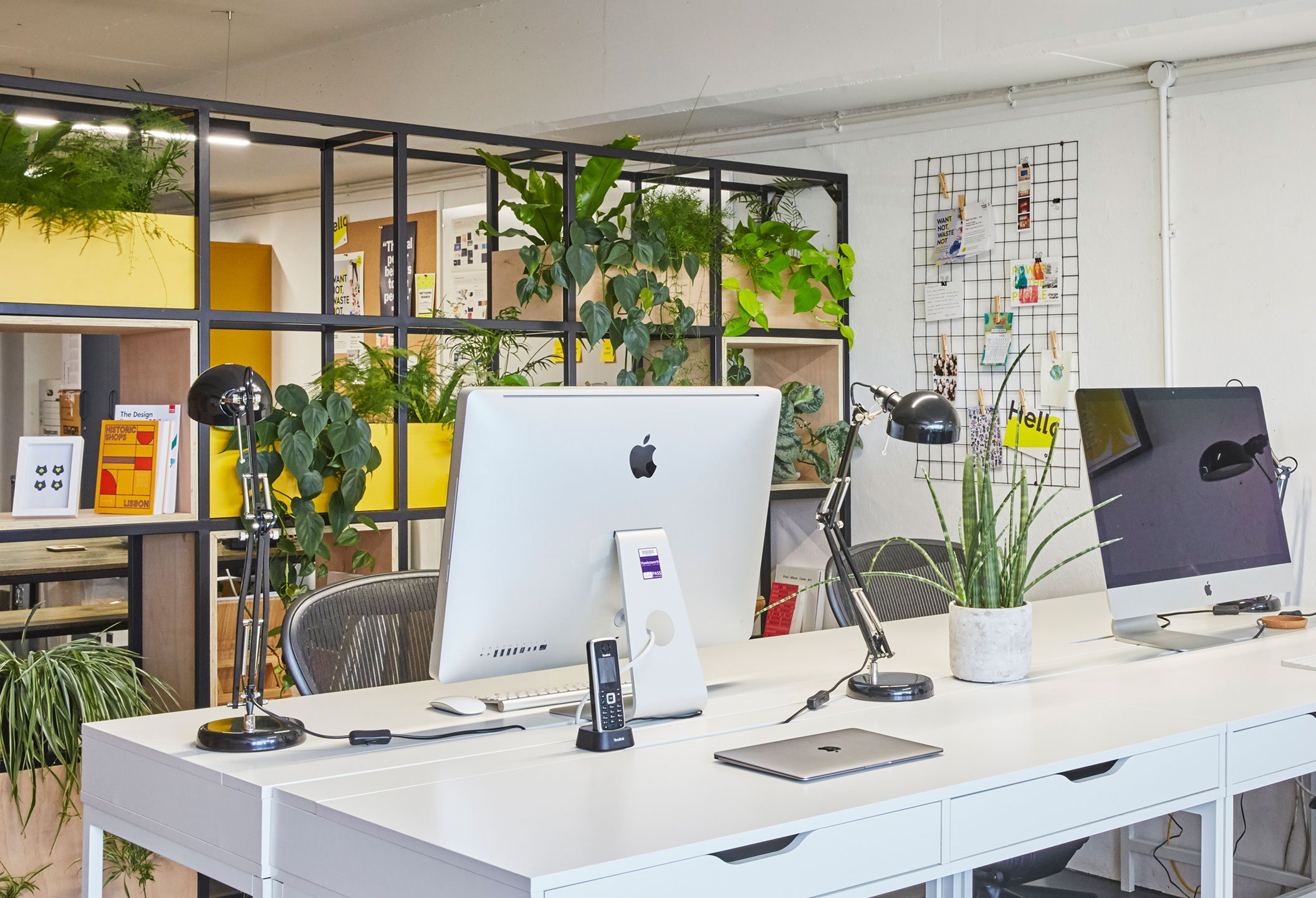 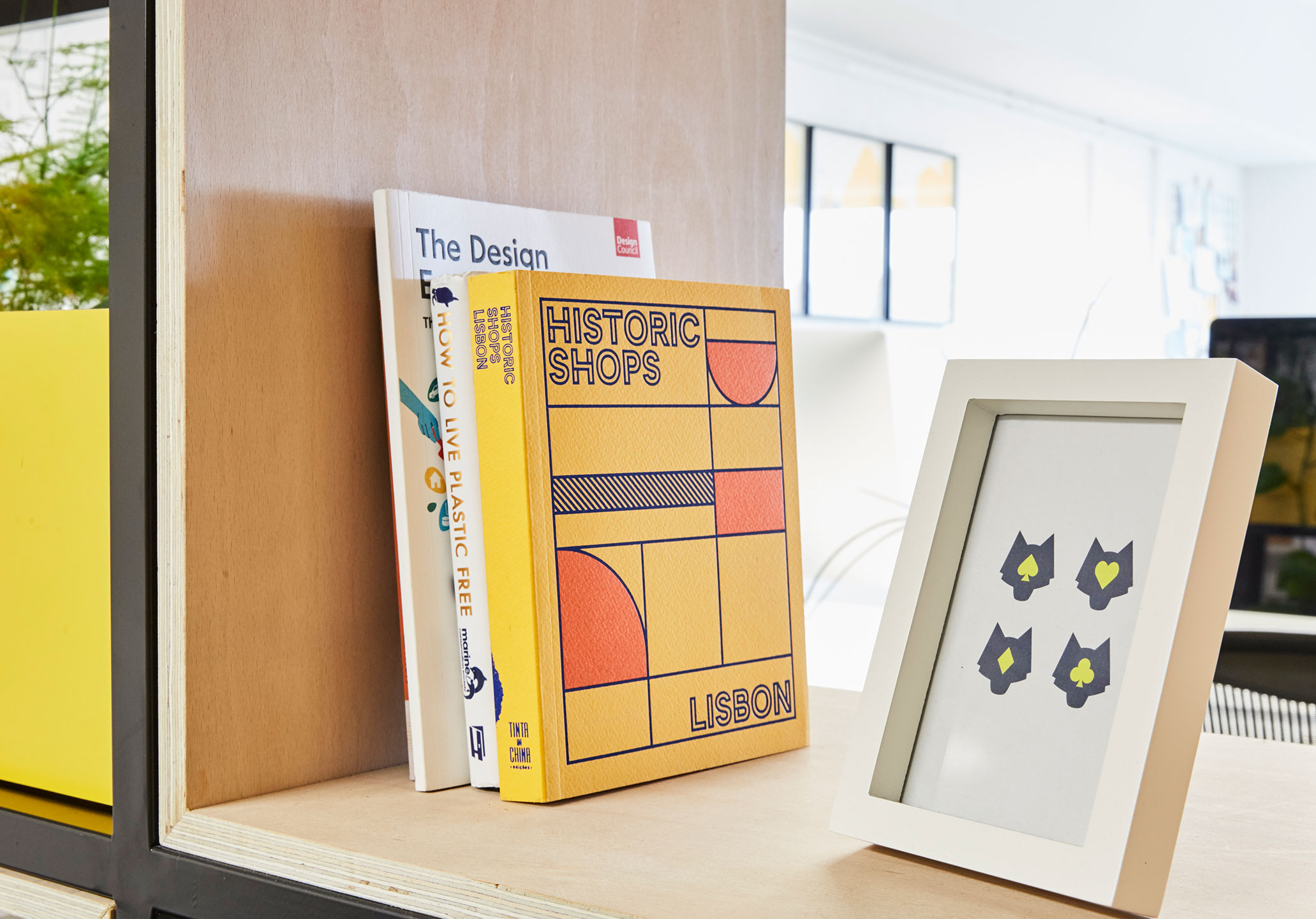 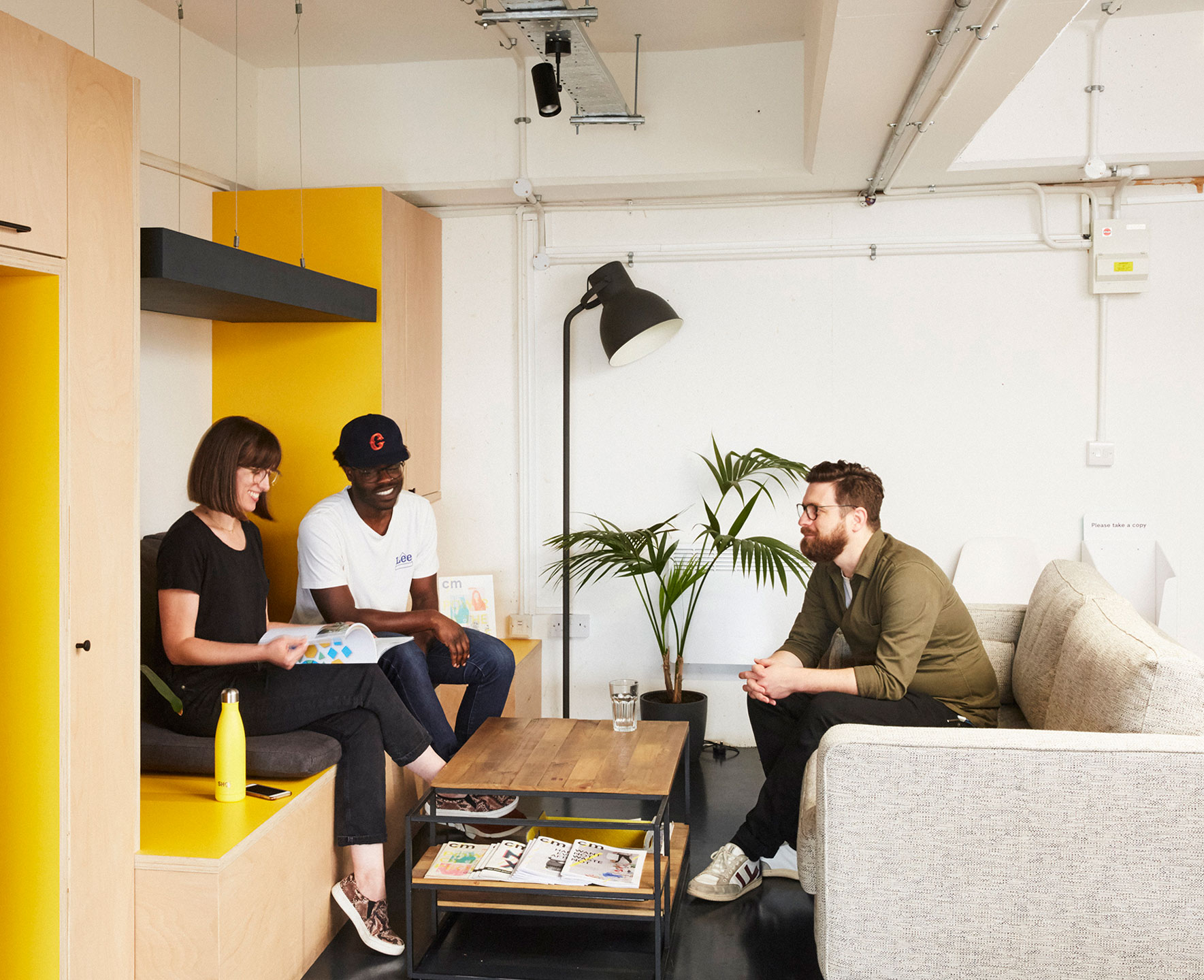 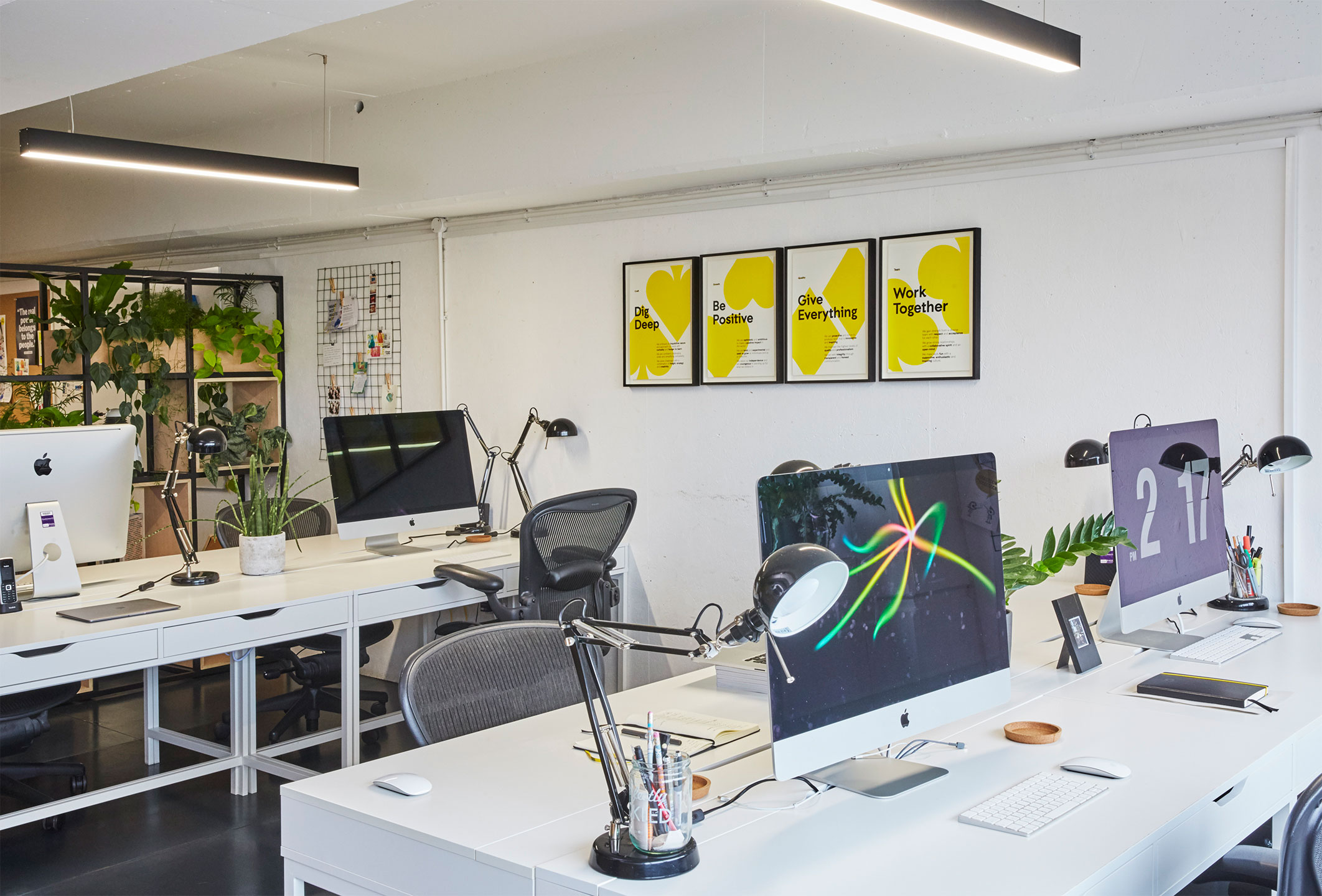 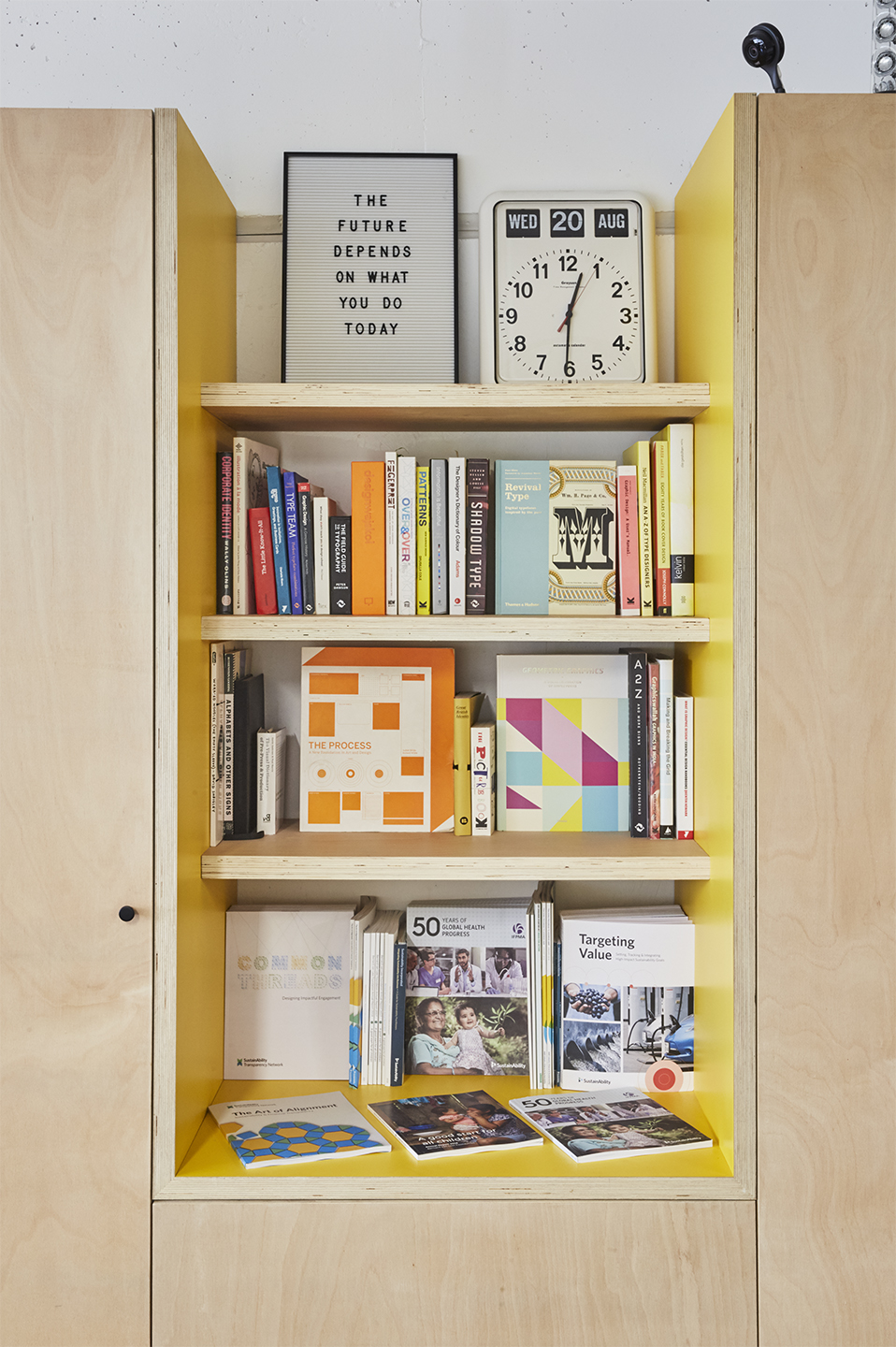 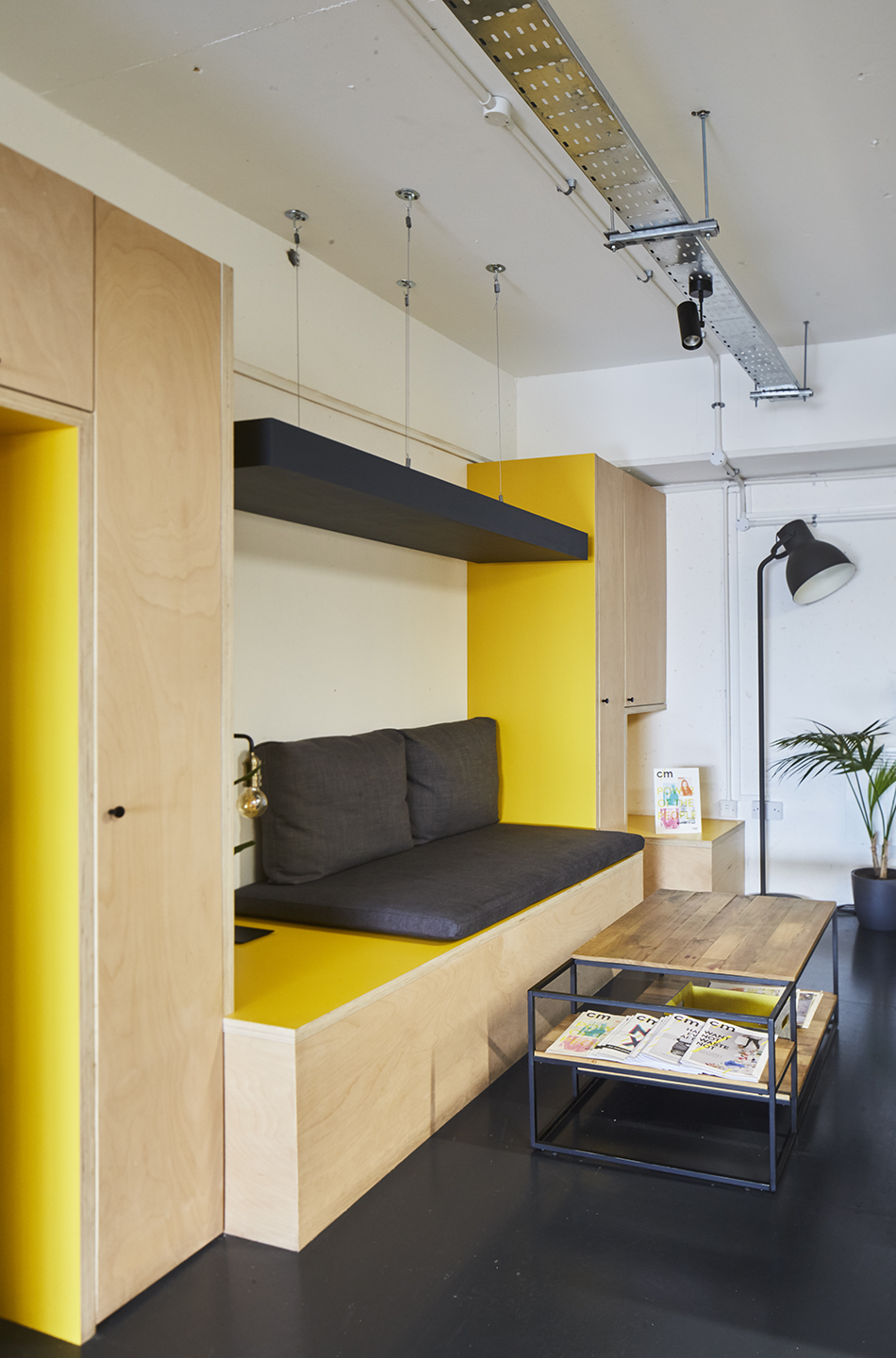 Fitout of 65m² converted carpark workspace for a design and communications company in Peckham.

Wolf&Player had quickly outgrown their first studio in Streatham and agreed a lease for a section of carpark within the community and workspace hub, Peckham Levels.  Presented with a long thin space, challenges of the site included daylight at one end only and a shallow slope to the entire floorplate which followed the construction of the original external carpark deck.  The design brief included workspace for eight desks and separate space for full team meetings, as well as areas for informal stand-up meetings, seating, kitchen and eating spaces.

Working within a specified timeframe between Wolf&Player agreeing the lease and moving into their new office, we focussed our design on a single element running along the main wall which addresses and contributes to each activity in the office.  The majority of time would be spent at desk, so this area along with adjoining stand up meeting space was located by the short run of windows.  At the other end of the office, by the front door, we positioned the seating area with presentation table for meeting and greeting clients and guests.  Between these two spaces are the more infrequently used formal meeting, kitchen and eating areas.  This separation of space based on use creates as much privacy and quiet to each zone as possible, whilst retaining an open plan arrangement.  A visual screen was incorporated to assist in separating the desk space from the more communal areas of the office.  The ‘activity wall’ was designed as a plywood faced joinery unit with ‘cuts’ and ‘holes’ forming seats, worktops and shelves highlighted in yellow formica to reflect Wolf & Player brand.  The unit was articulated to gradually and imperceptibly step down in order to follow the shallow slope of the floor down toward the window. The other brand colour, dark grey, was used for added elements to the wall in the form of dropped ceiling rafts and upholstered seat. 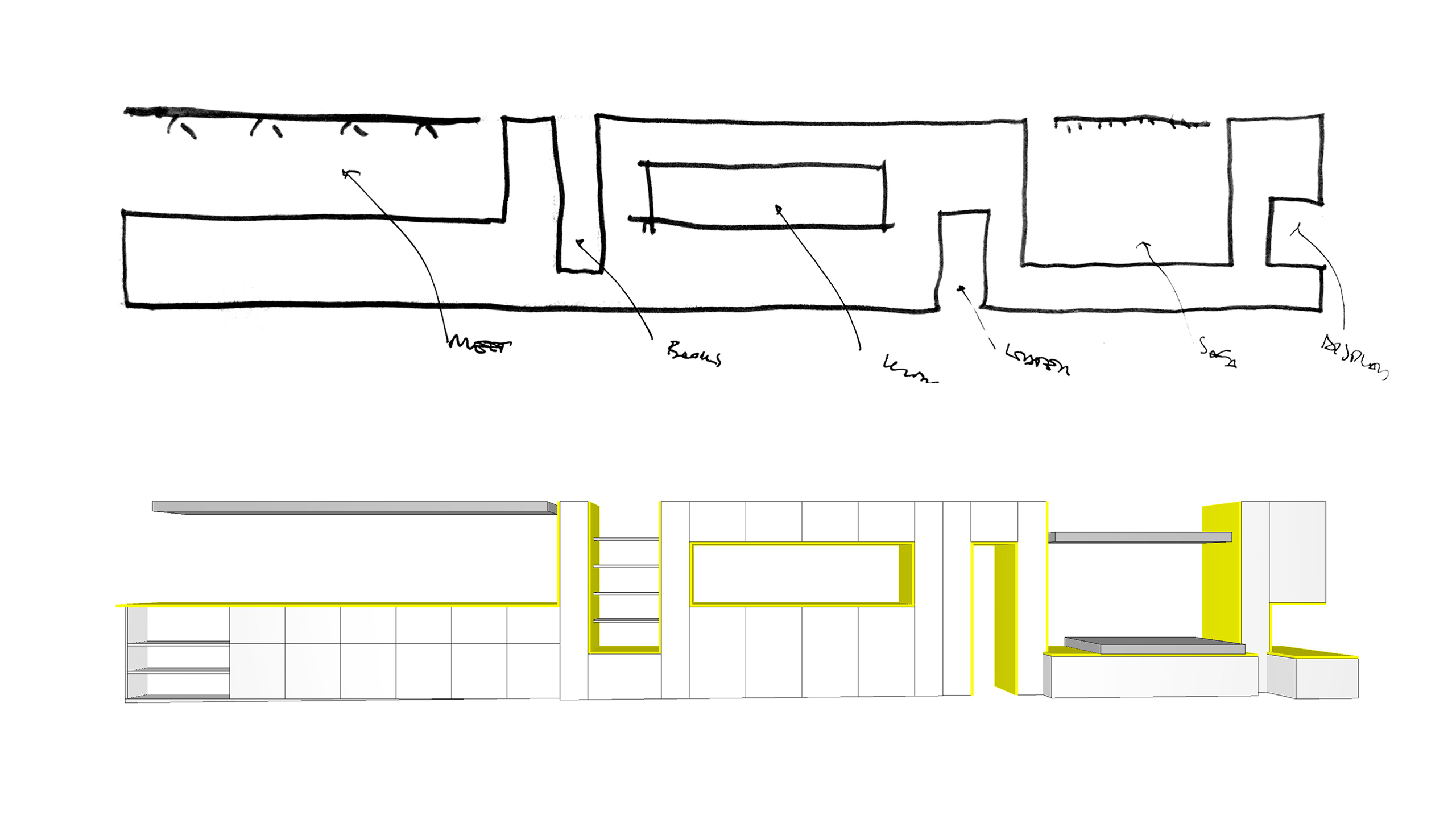 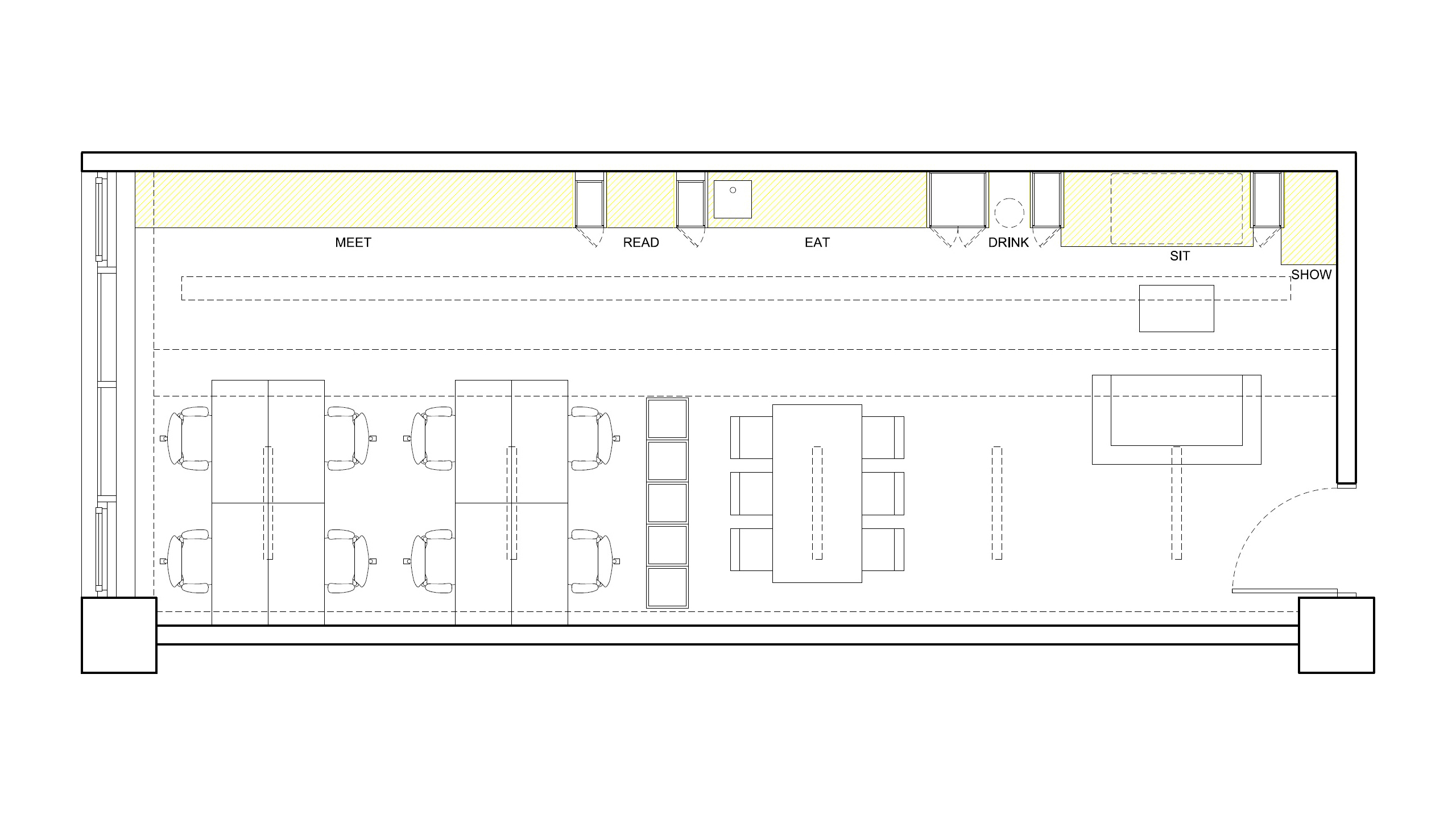